Abinoojii Inakonigewin, the child care law of Treaty No. 3, was enacted at National Assembly in Big Grassy First Nation (2005).

This law outlines the rights of Anishinaabe children, families and communities. It also outlines the inherent jurisdiction of Treaty No. 3 First Nations over the wellbeing of their children.

The transition from a mainstream provincial child welfare system to Abinoojii Inakonigewin has been structured through a five-year implementation plan. The Social Chief’s Committee, Executive Women’s, Men’s and Youth Councils, along with First Nations, and CFS Agency representatives have been providing guidance and knowledge on how this law can be effectively realized. 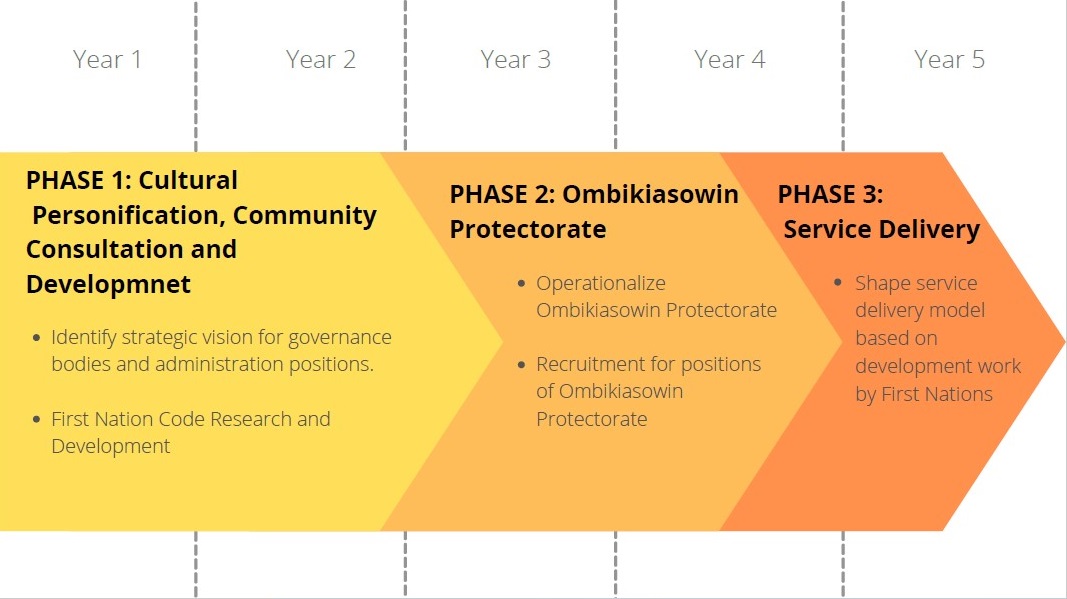 Youth play an important role in the effective implementation of Abinoojii Inakonigewin. This was recognized by resolution from the Chiefs in Assembly, 2016, giving direction to the Treaty No. 3 Executive Youth Council, along with the Women’s Council, to provide guidance in the implementation of Abinoojii Inakonigewin. GCT#3 continues to work with youth and the Executive Youth Council to ensure their voices, concerns and needs are being addressed effectively in its child wellbeing advocacy.

To provide information on Bill-C92, Abinoojii Inakonigewin, and available resources for youth in Treaty No. 3, the Executive Youth Council created the following Toolkit: YEC C-92 toolkit

Abinoojii Inakonigewin arose from years of dedication and work from elders, Chiefs, and community leaders advocating for the inherent jurisdiction of Frist Nations in the care of Anishinaabe children in Treaty No. 3.

Back in 1996, Elders supported a renewal of Anishinaabe governance during the Elder’s Gathering at Pow Wow island in Wauzhushk Onigum First Nation. From 1998-2000, a series of community consultations and child care workshops were held to discuss traditional child care practices.

At the Elders gathering in Couchiching First Nation, 2002, the Assembly was directed to begin drafting a Child Care Law that would be forwarded to citizens and leadership for discussion. This draft underwent consultations across Treaty No. 3 before being ratified as Abinoojii Inakonigewin three years later.

In recent years, formal relationship agreements from provinces have been sought, with Minister Michael Coteau (Ministry of Child and Youth Services, Ontario) signing a relationship agreement in Kenora with Ogichidaa Francis Kavanaugh in 2017. Through these agreements, there is an affirmation of each party’s collaboration, intent and engagement in the work of improving the wellbeing and outcomes of Anishinaabe children in Treaty No. 3. 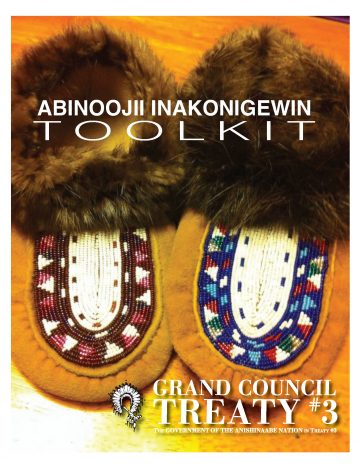