For information on how your leadership may adopt, apply and enforce Manito Aki Inakonigaawin to address local, regional and national issues regarding development or if your company is considering a development or business operation that may affect the exercise of Treaty and Aboriginal rights and on the environment, please contact the Lands and Resources unit: 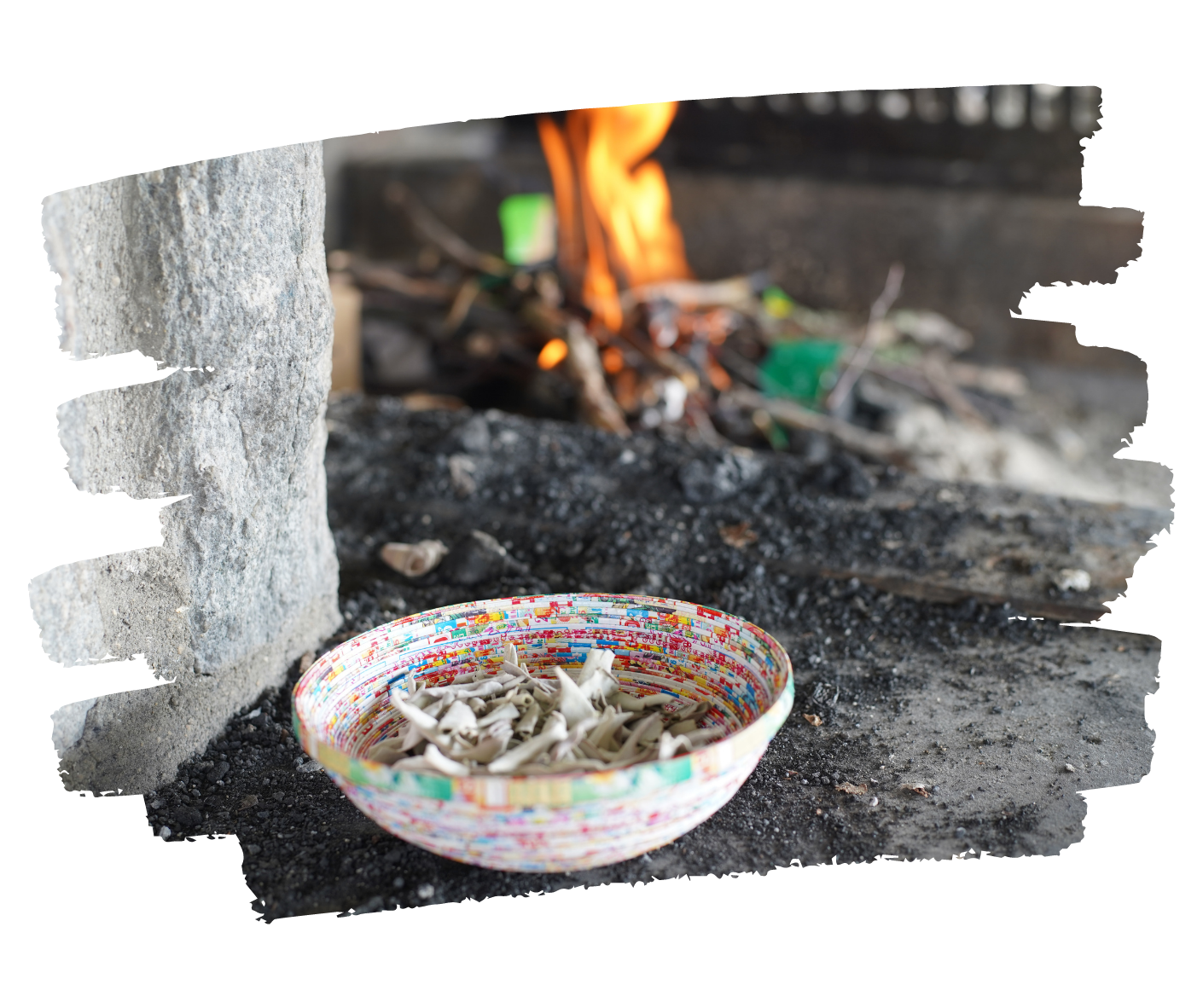 At the beginning of time, Saagima Manito gave the Anishinaabe duties and responsibilities to protect, care for and respect the land. These duties were to last forever, in spirit, in breath and in all of life, for all of eternity. The spirit and intent of Manito Aki Inakonigaawin signifies the duty to respect and protect lands that may be effected from over-usage, degradation and un-ethical processes. Saagima Manito explained the Great Earth Law as a manner of thought, a way of feeling and a way of living. As a teaching, the law is difficult to translate to English, as it is engraved into Anishinaabe ways of life.

Manito Aki Inakonigaawin was officially written and ratified by elders of the Nation of Treaty #3 in 1997. On April 22 and 23, and July 31, 1997, an Elders gathering was held in Kay-Nah-Chi-Wah-Nung at Manito Ochi-waan. The elders brought the written law through ceremony, where the spirits approved this law and respectfully petitioned the National Assembly to adopt it as a temporal law of the Nation. In the spring of 1997, a traditional validation process was held through a shake-tent ceremony. Elders and knowledge keepers worked extensively with the traditional shaker to decide the exact question to ask during the ceremony. This would allow for a clear understanding and the greatest certainty when asking the spirits for guidance in regards to writing the law.

Following this, a 4 day ceremony on Powwow Island commenced. 4 lodges were built in the 4 directions for the written law to go through to be seen by the spirits. The document (mazina’igan) started in the east, and the lodge keeper asked the spirit to scan the document. It then went to the south, west, and north lodges to continue on the process. In the evening of the 4th day, the document was completed its journey through the sweat lodges. It was then brought to the shake tent and was given a message from the spirit, confirming the document and stating it was okay to give it back. This then completed the documents journey through ceremony. The Elders of Treaty #3 ratified the document, then it was taken to the fall Assembly the following morning. The pipe, tobacco, and drum were the traditional tools of governance used in the ceremony.

In October, 1997 Manito Aki Inakonigaawin as a written law was then brought forth to the National Assembly on October 3rd, 1997 where it was accepted and proclaimed and each community within Treaty #3 was asked to give consideration to it according to their own traditional practices. Each community was then tasked with developing BCRs to ascend to the law and also developing their own consultation protocol. The process of writing Manito Aki Inakonigaawin on paper was significant for the Nation as it was an opportunity to have a written record of the law. 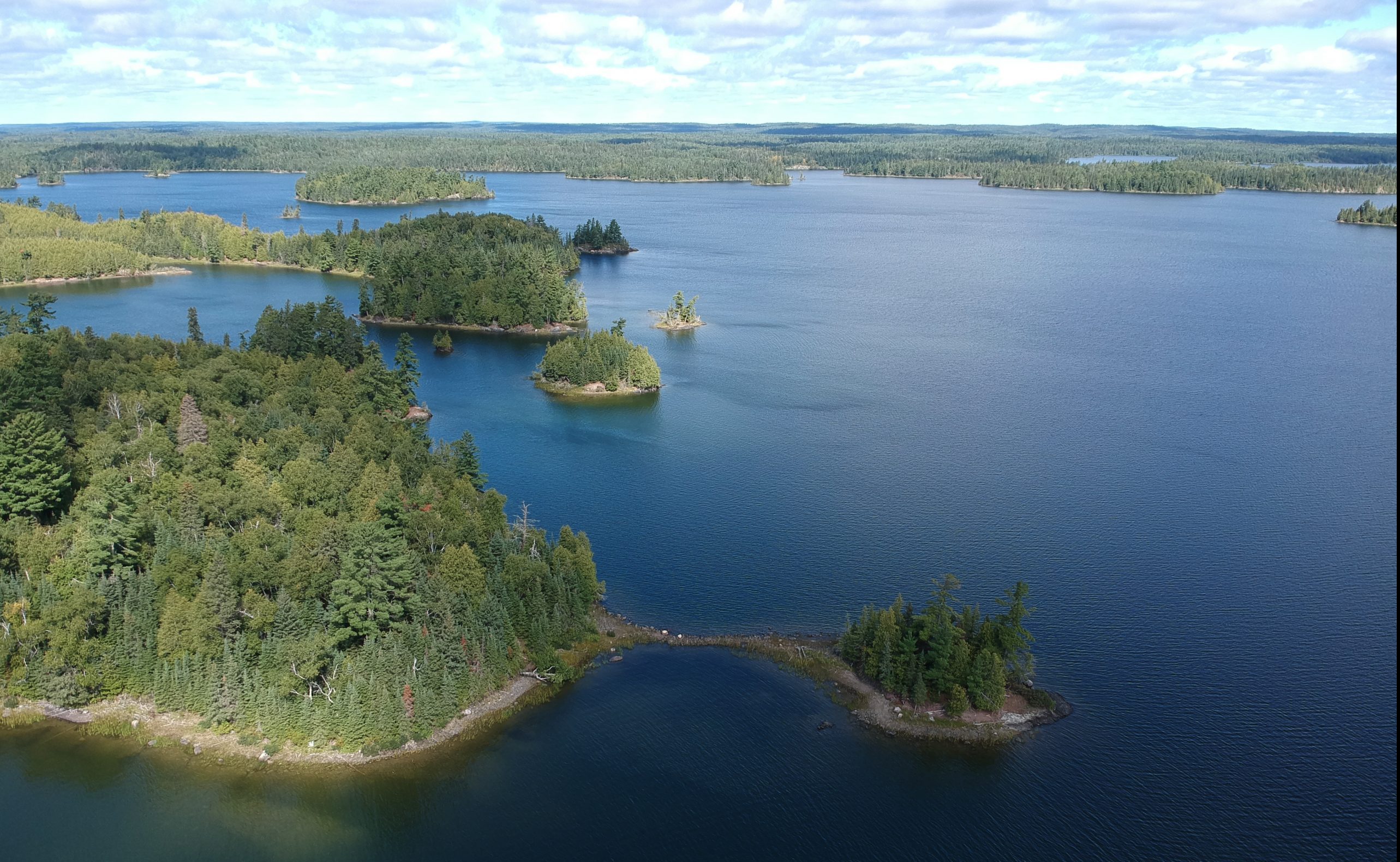 The Nation in Treaty #3 exercises pre-existing jurisdiction as proper stewards of the land. Since time immemorial, Creator entrusted the Anishinaabe to care for lands and resources on Turtle Island.  The Anishinaabe maintain a spiritual connection to the land and Mother Earth. The 28 communities in Treaty #3 support and guide Grand Council’s efforts to facilitate collective engagement respecting the land and waters, as guided by the principles set out by Manito Aki Inakonigaawin.

The Significance of Manito Aki Inakonigaawin 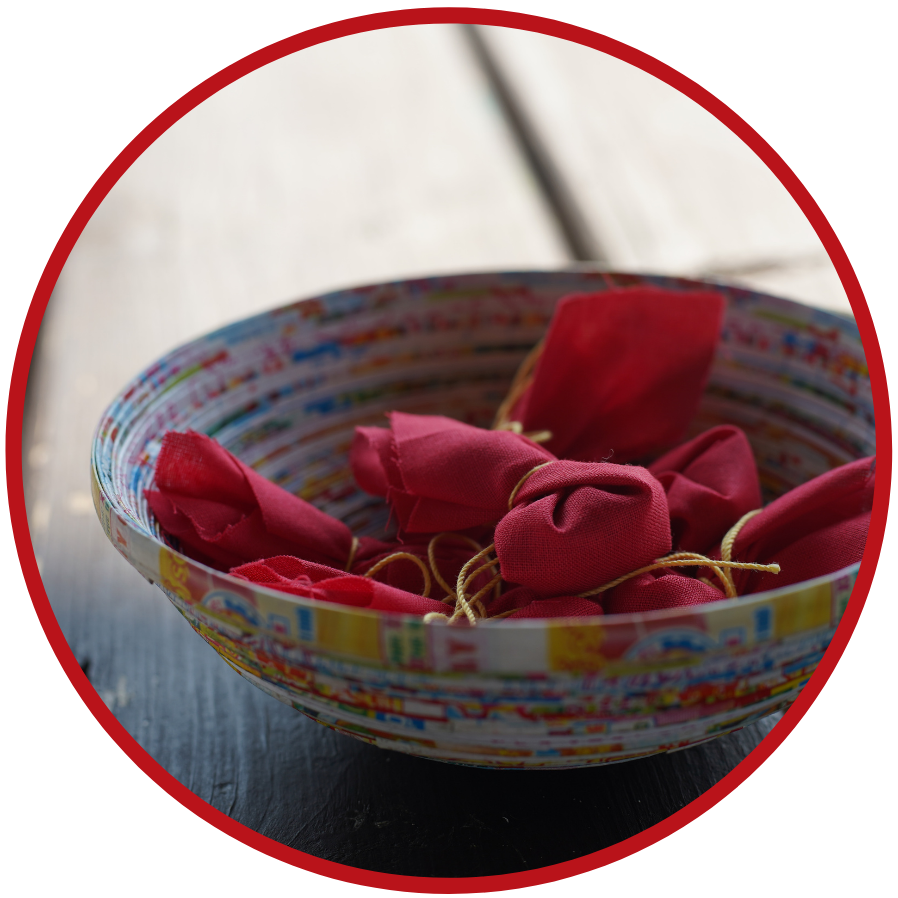 Manito Aki Inakonigaawin has been an inherent law to Anishinaabe in Treaty #3 territory since time immemorial. The law governs relationships with the land and its inhabitants throughout daily life. This includes:

Since the law was formally written in 1997, it has helped uphold traditional land rights and create a nation based law making process in the territory.

The law is eco-centric, which means the law considers and acknowledges that it’s not only human beings that live on this land, but ALL things on Earth possess spirit and life. Manito Aki Inakonigaawin is based not only on rights- but also on the responsibilities we have as a collective to care for Mother Earth. The law is guided by communities in Treaty #3 territory and supports the collective rights of the Nation as a whole, while affirming jurisdiction of Anishinaabe laws. Manito Aki Inakonigaawin helps to provide a law making process and is centered on the inherent relationship to Mother Earth.

Manito Aki Inakonigaawin states that there is the right to meaningful engagements and respect for inherent and Treaty rights. It is therefore considered to be unlawful to proceed with developments within Treaty #3 without the proper consent of the Anishinaabe Nation in Treaty #3. Any Crown or proponent development/activity that occurs, which may affect natural resources must abide by these rights and roles of the duty to engage with the Nation in Treaty #3. The obligation lies on all associated parties who wish to develop or manage resources within Treaty #3 Territory to abide by Manito Aki Inakonigaawin. As such, MAI is considered a foundational process of mutual respect.

Following Manito Aki Inakonigaawin, it is possible for development to occur with the least amount of uncertainty and conflict. Then, this process has the potential to maximize cooperation and a fair sharing of economic opportunities throughout the Nation.

In exercising its authority, the Grand Council expresses concern with proponents (corporations, developers etc.) who carry out business activities that may result in destruction to the environment or interfere with the traditional activities of individual or collective members of the Anishinaabe Nation in Treaty # 3.

Manito Aki Inakonigaawin states that all resource developments should be done in honor with Anishinaabe rights and in respect to the natural resources. Therefore, Grand Council Treaty # 3 recognizes the potential for adverse effects in regards to exercising inherent and treaty rights that may be impacted through certain business activities. In order to eliminate or minimize these adverse effects, the Grand Council of Treaty #3 is prepared to hold discussions, engagements and potential negotiations with proponents, governments and other industry.

In accordance with Manito Aki Inakonigaawin process, proponents in Treaty #3 are required to contact Grand Council Treaty #3 to seek specific Treaty # 3 authorizations, which will provide clear authority to conduct their business ventures and create legal certainty to legitimize these developments in Treaty # 3 Territory. These processes do not infringe on the rights of individual communities and it is recognized they have their own authorization and engagement protocols. It is the goal of the Grand Council to establish strong working relationships with any proponent who respects Anishinaabe laws, values and principles on the environment.

As directed by recent Supreme Court’s rulings, proponents must satisfy Anishinaabe law under the Constitution Act of 1982. The Court states that aboriginal people must be consulted properly about effects on their inherent and treaty rights. Manito Aki Inakonigaawin, The Great Earth Law of the Anishinaabe Nation in Treaty # 3, provides the traditionally-ratified process to frame these discussions. 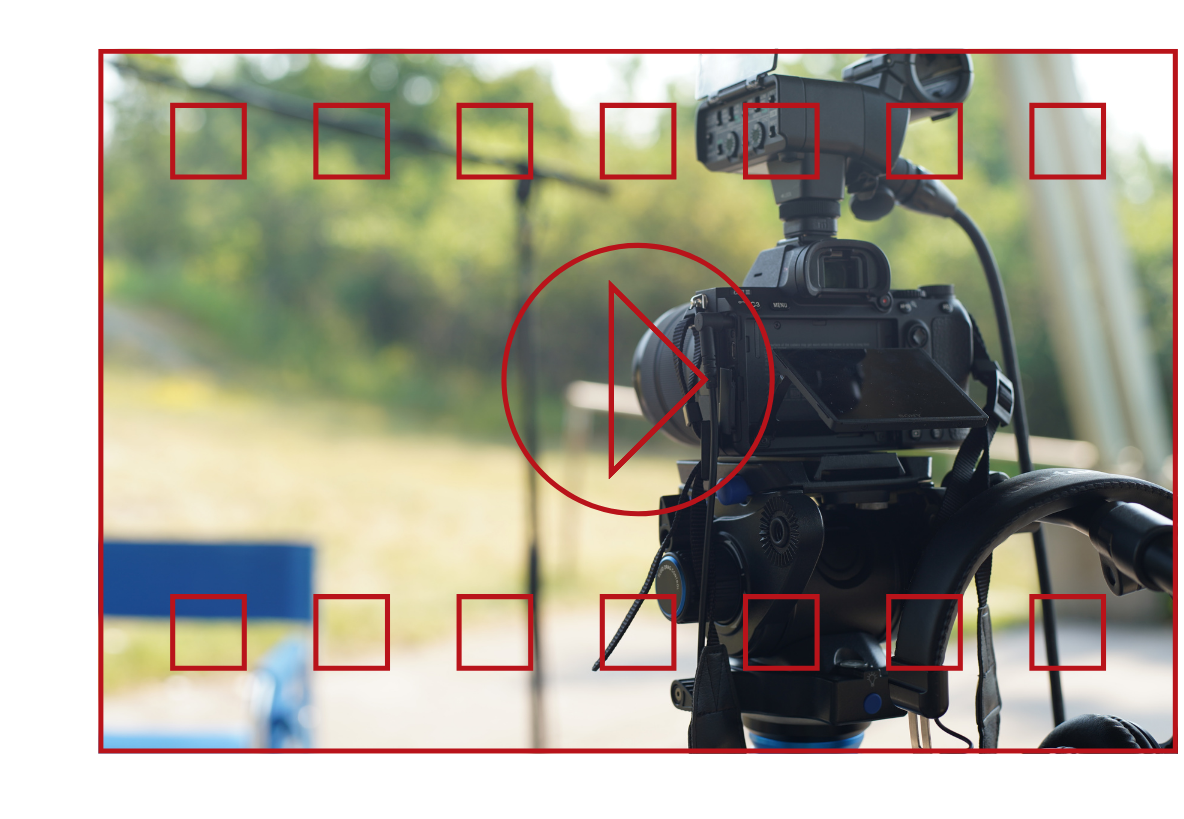 The Manito Aki Inakonigaawin and Nibi Declaration Pathways Forward Project is focused on interviewing elders and knowledge keepers throughout Treaty #3 territory. In the interviews, the elders discuss what Manito Aki Inakonigaawin and the Nibi Declaration mean to them and where they see both written documents going next. Following these discussions, the team has been writing a “living report” that outlines the elders and knowledge keeper recommendations. The report showcases pathways forward for both MAI and the Nibi declaration, and will be built upon the more interviews are held.

These interviews are ongoing, as it’s important to continue to talk about our sacred laws to further implementation. If you are interested in taking part in the interviews or want to know more information, please contact Hailey Krolyk at hailey.krolyk@treaty3.ca

In partnership with Niiwin Wendaanimak, GCT#3 is working towards the creation of a Manito Aki Inakonigaawin documentary. On June 26th, 2021 at Couchiching First Nation, a ceremony was held to commence the start of the process. Stay tuned for more updates as the project moves ahead!

The Manito Aki Inakonigaawin Toolkit combines all the written work completed with Manito Aki Inakonigaawin within GCT #3. Its goal is to share the key principles that guide us in decision-making in the Treaty #3 Territory. The toolkit is designed for the Nation and Treaty #3 communities to further our understandings of our responsibilities to the land and provide guidance for government, communities, leadership and proponents upon entering the Treaty #3 territory. 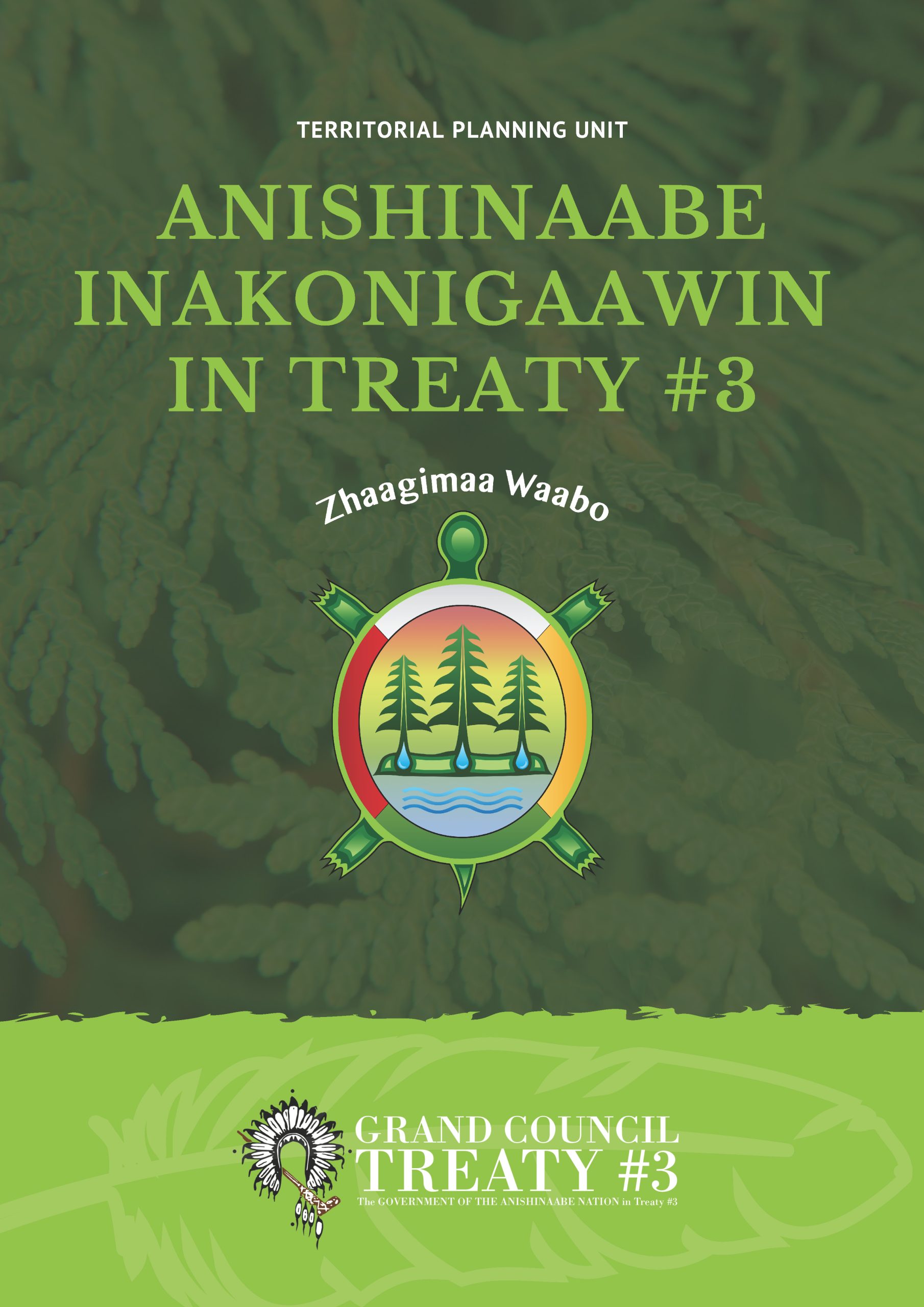 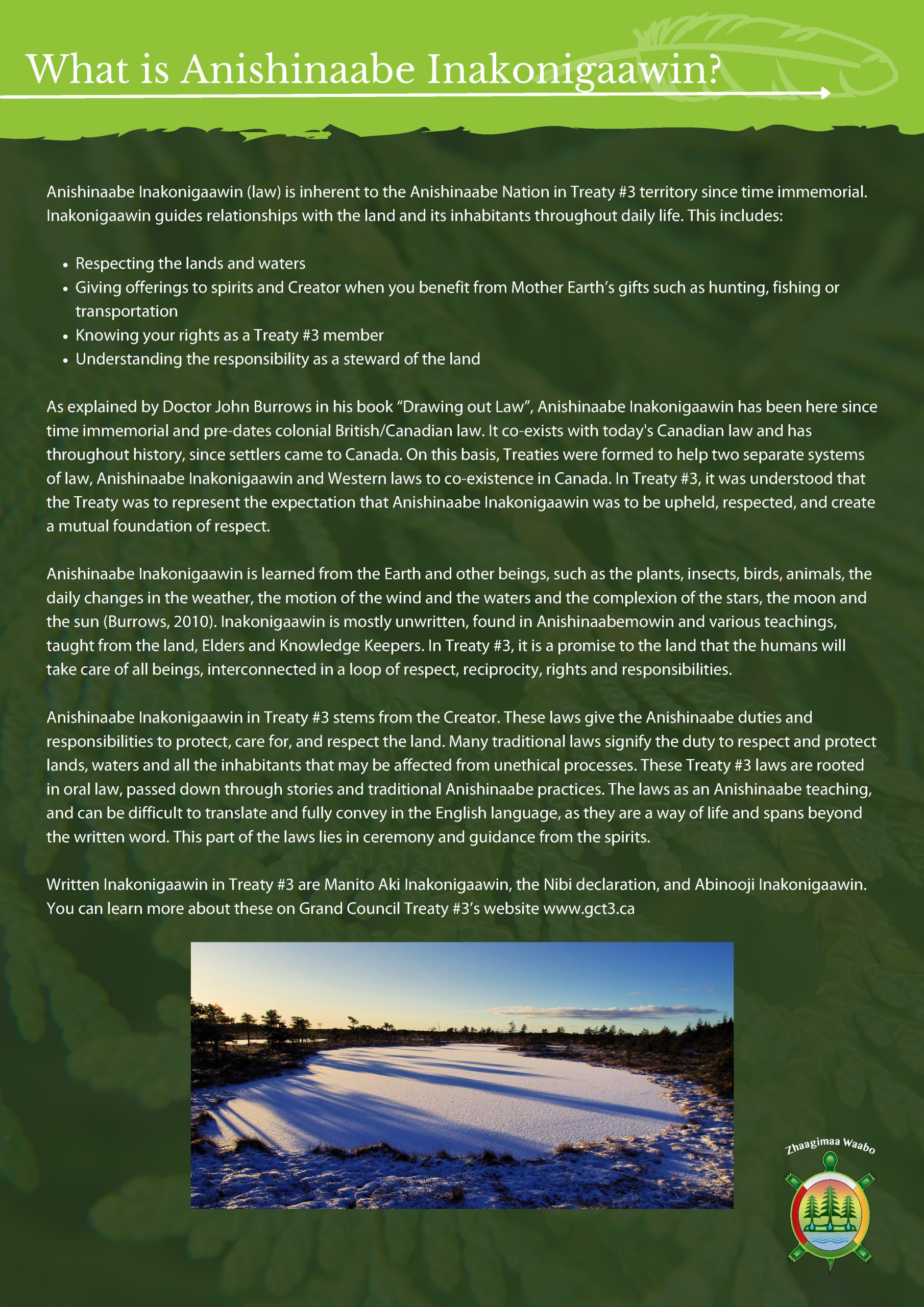 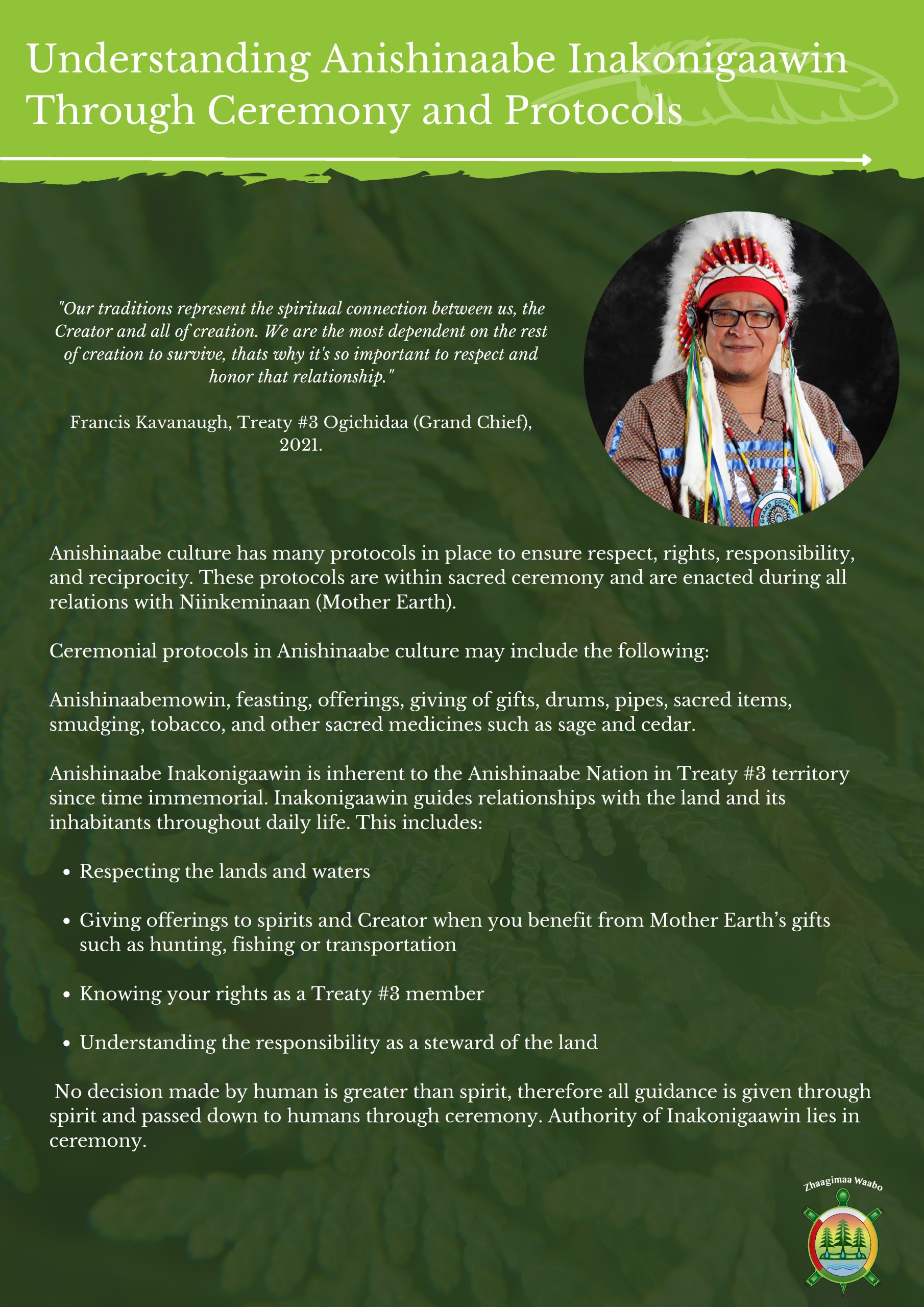