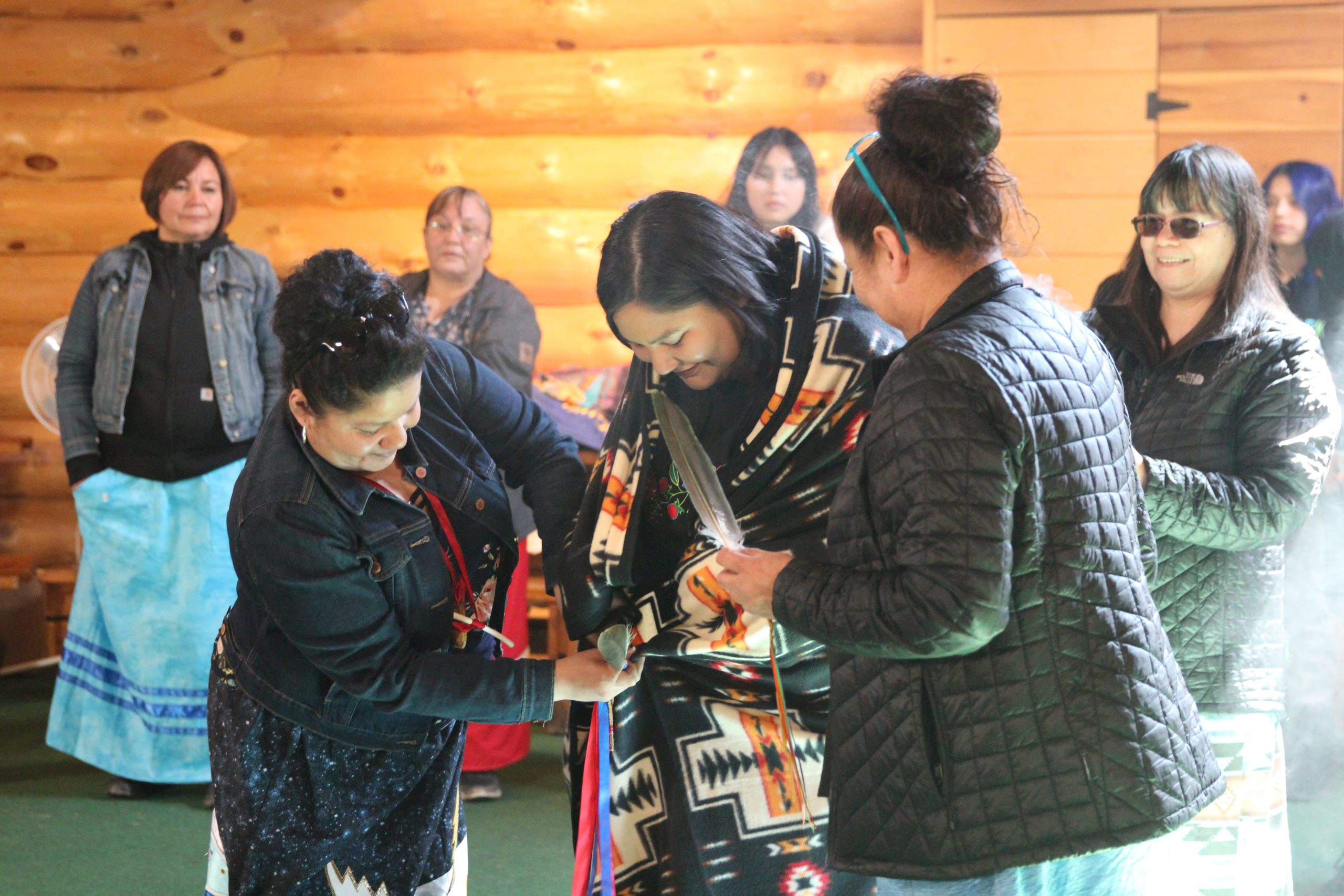 Women from across the Anishinaabe Nation in Treaty#3 gathered at Wauzhushk Onigum Nation Roundhouse at Pow Wow Island for the Traditional Selection process for the Women’s Council West Member on April 8, 2022. The women were supported by community Elders; Ida Skead and Terry Skead as well as the community drum and Chief Chris Skead.

Miigwech to Wauzhushk Onigum Nation for hosting the Traditional selection process in their community.