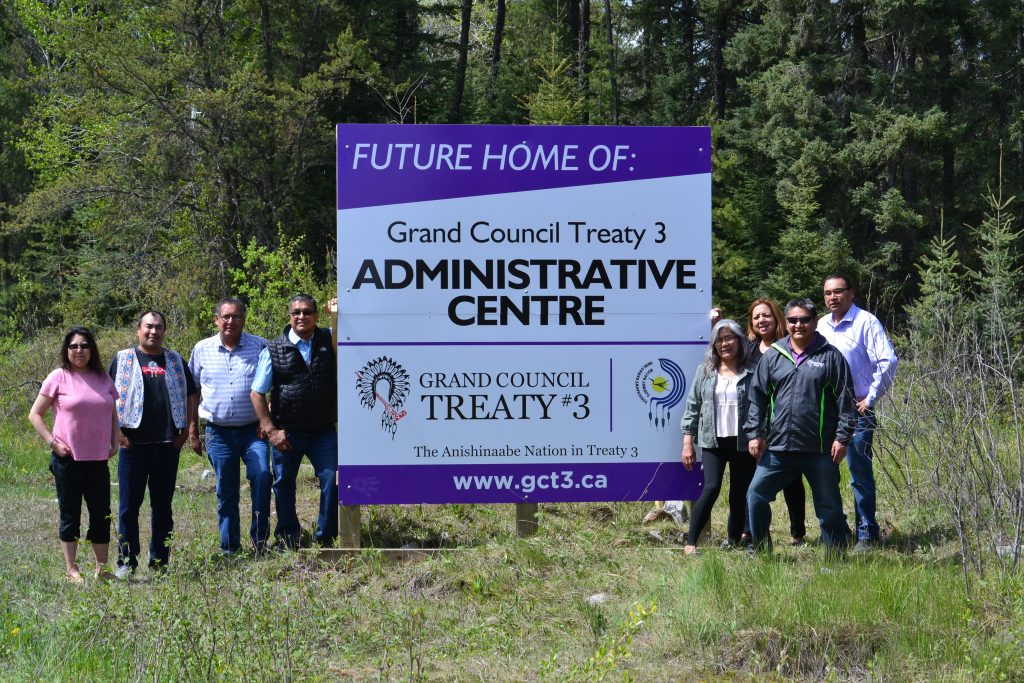 Today, Ogichidaa Francis Kavanaugh, Economic Committee Chiefs and Chief Lorraine Cobiness met to finalize an agreement to locate Grand Council Treaty 3’s new Administrative Centre on Ochiichagwe’Babigo’Ining First Nation. During the meeting, Ogichidaa Francis Kavanaugh expressed how important it was to construct a building that was reflective of the needs of the citizens of the Anishinaabe Nation in Treaty 3.

“The Anishinaabe Nation in Treaty 3 is the government of Treaty 3, as a government we require a building that people can be proud, something that we can call our own and where we can come together, share and make key decisions on behalf of our citizens” “Today, we embark on a partnership with Chief Lorraine Cobiness along with Industry, the two-levels of governments and other First Nations to address a basic needs, to build a new home”

The meeting was highlighted by discussion on roles and responsibilities, lease arrangements and next steps to design, build a new facility on Ochichagwe’Babigo”Ining First Nation. Ogichidaa also took time to thank the current owners at Round Lake, where the Grand Council Treaty 3 headquarters are located. “We know how important this property is to the citizens of the Anishinaabe Nation in Treaty 3 and recognize the legacy of Indian Residential Schools. We are committed to continuing to work with eight (8) First Nations to ensure their interests are maintained with respect to Round Lake and we would like to thank them for their generous hospitality”

Grand Council Treaty 3 (GCT3) is the traditional government of the Anishinaabe Nation in Treaty 3.