Kenora, ON — Francis Kavanaugh was re-elected for a four-year term in a traditional selection process today in Wauzhushk Onigum Nation defeating Kathy Kishiqueb of Onigaming First Nation who was the only other candidate.

This is the first time a Grand Chief was elected for a third term to serve the citizens of Grand Council Treaty #3.  Kavanaugh from Naotkamegwanning First Nation will serve his second consecutive term and his third term all together.

There are 28 First Nation communities located in Grand Council Treaty #3. 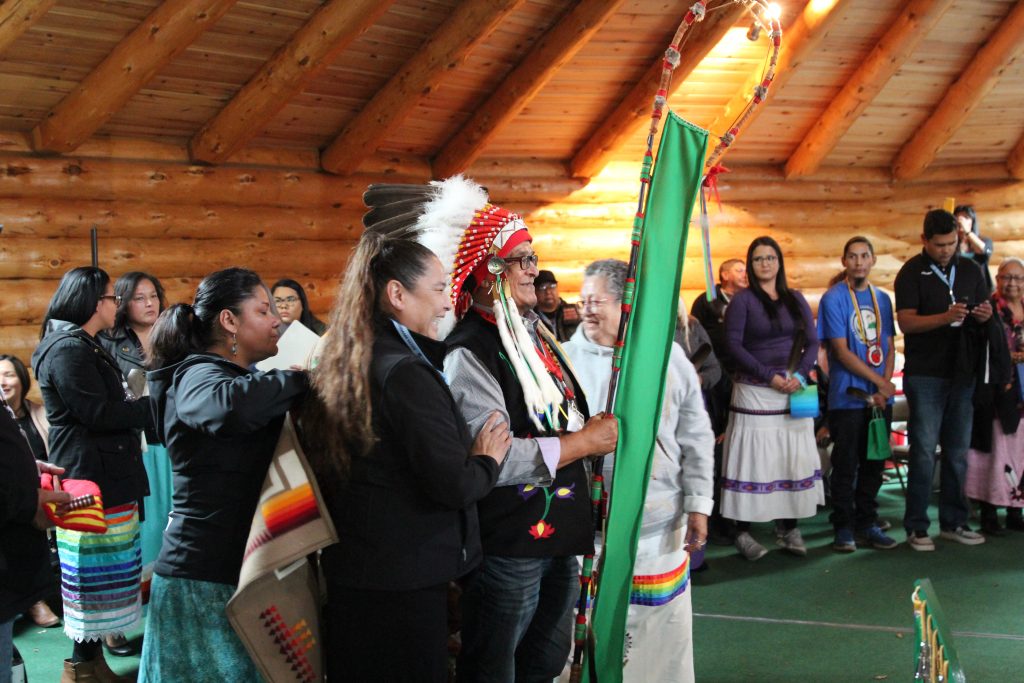 “I look forward to working with all the chiefs and the people of Treaty #3 serving another four years as Ogichidaa. We have a lot of work to do with a lot of work we’ve started and can now complete,” said Ogichidaa Francis Kavanaugh, Grand Chief of Treaty #3. “I am very serious about this commitment I made.”