Ogichidaa Francis Kavanaugh honored the signing of the Treaty #3 on the 3rd day of the Fall Assembly being hosted at Wauzhushk Onigum Treaty#3.

Treaty #3 leadership, elders and citizens witnessed the ceremonial protocols in respect and commemoration of the signing of the treaty prior to the start of the Chiefs Meeting.

Ogichidaa Kavanaugh read from the recorded statements during the time of the Treaty negotiations which was said by one of the ancestral headsman, “creator gave us laws to govern ourselves”.

2019 is the 146th year of the signing of Treaty#3.  The Treaty #3 Chiefs meet in the Spring and Fall in Assembly with the Treaty#3 Men, Youth and Women’s Councils honoring the Traditional governance of the Anishinaabe Nation of Treaty #3. 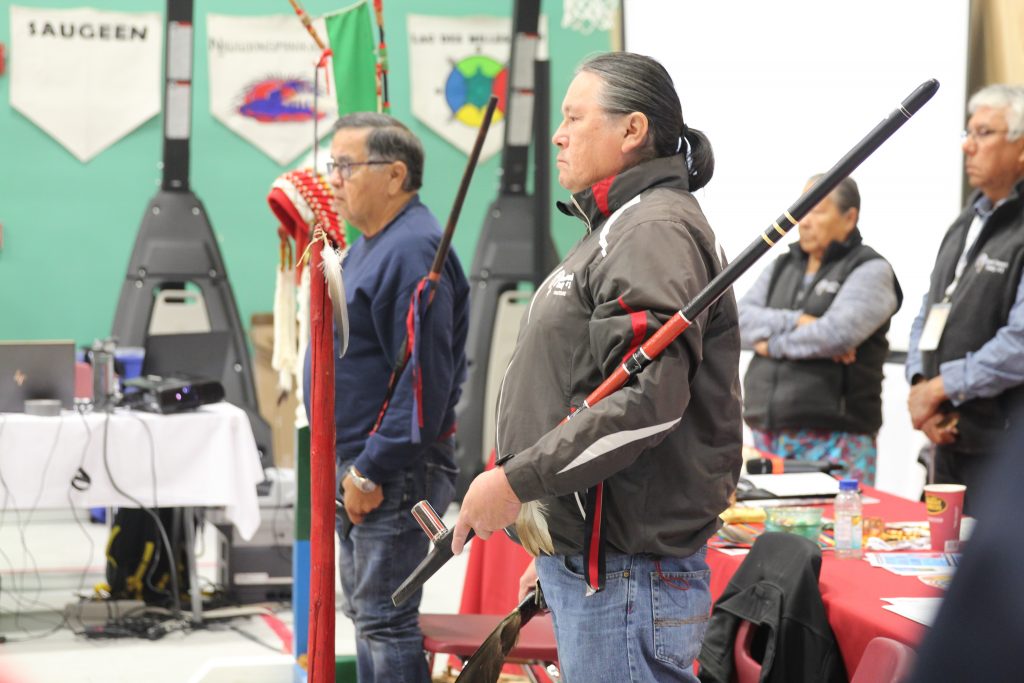 Donald Kakaygeesick and Robert Kakaygeesick (Buffalo Point) pipe carriers, hold the sacred pipes that were present at the signing of the Treaty document in 1873.