The development of a water declaration would ensure that Treaty #3 Anishinaabe Nibi Inaakonigewin (water law principles) are recorded and formally recognized in governance processes.The declaration will guide GCT3 Leadership in the creation of future policy and decision-making processes that relate to water. Another component of the declaration is to inspire people to take action to protect water through the development of a toolkit that contains curriculum based learning tools and information on how to get involved in the further development of this important work.

“This knowledge will be preserved and shared through the declaration with our youth and future generations,” said Women’s Council member Priscilla Simard. “Anishinaabe-Ikwewag have a sacred responsibility to NiBi and should be included in all decision-making around nibi. This declaration will guide us in our relationship with NiBi so we can take action individually, in our communities and as a nation to help ensure healthy, living NiBi for all of creation.”

With the declaration  in hand, the Women’s Council will forge ahead with this important work of honouring Nibi throughout the Anishinaabe Nation of Treaty #3. An exercise that has seen the Nibi Declaration received through ceremony at the National Spring Assembly and will be distributed to all communities at the National Fall Assembly.

“This declaration is vital for the physical and spiritual health of our Treaty #3 communities, our land, our families and future generations,” said Ogichidaa Francis Kavanaugh. “When I was approached with the original model of this declaration, I had a vision that instructed me to tell the people that water is precious and it can give life but water can also be dangerous and can take life.  The Nibi Declaration is a way for Treaty #3 to explain the Anishinaabe relationship to water. This Declaration is about respect, love, and our sacred relationship with nibi and the life that it brings. It is based on Gitiizii m-inaanik teachings about nibi, aki/lands, other elements (including air and wind) and all of creation. This knowledge will be preserved and shared through the declaration with our youth and future generations.” 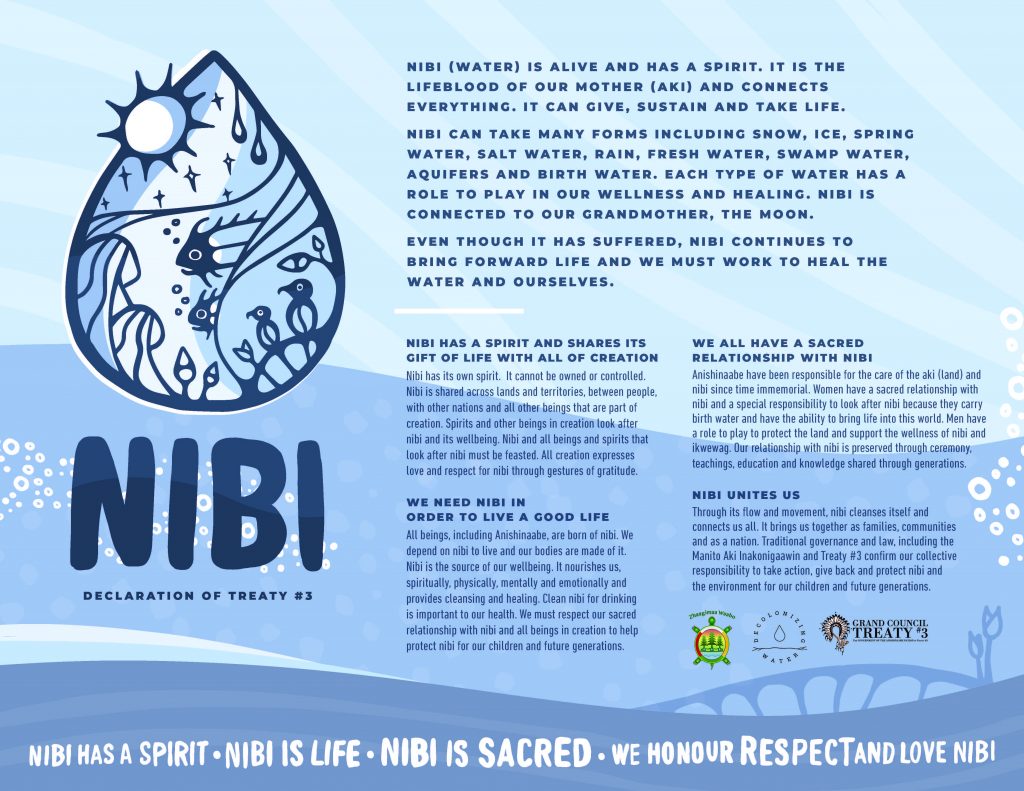 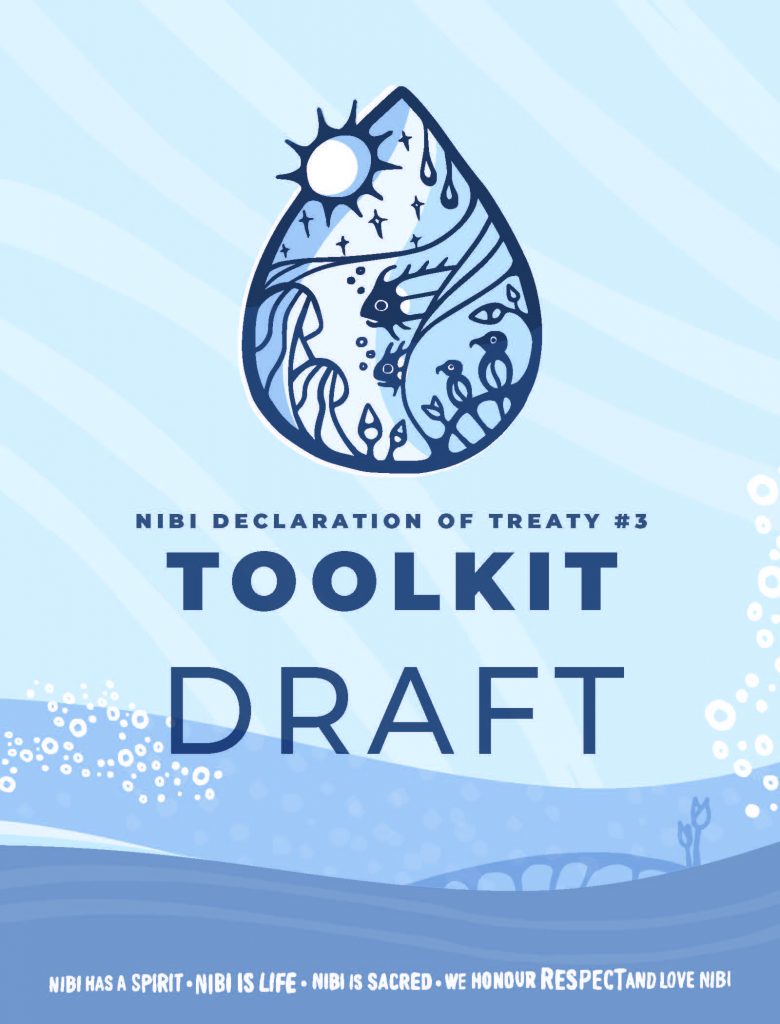 Diagram: The NIBI Declaration Principles in the form of Thunderbird 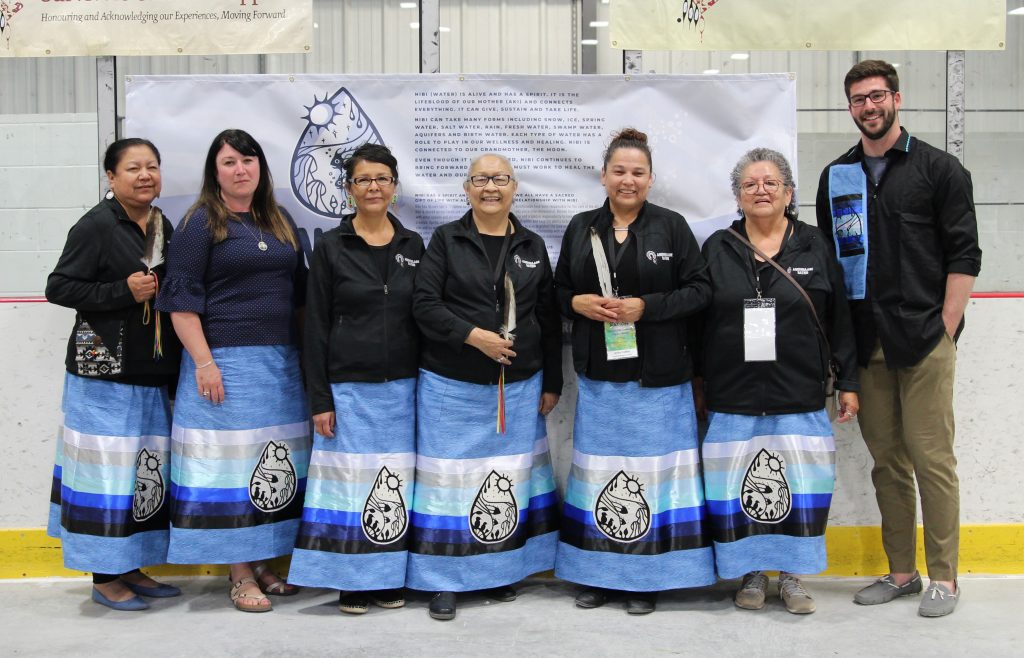 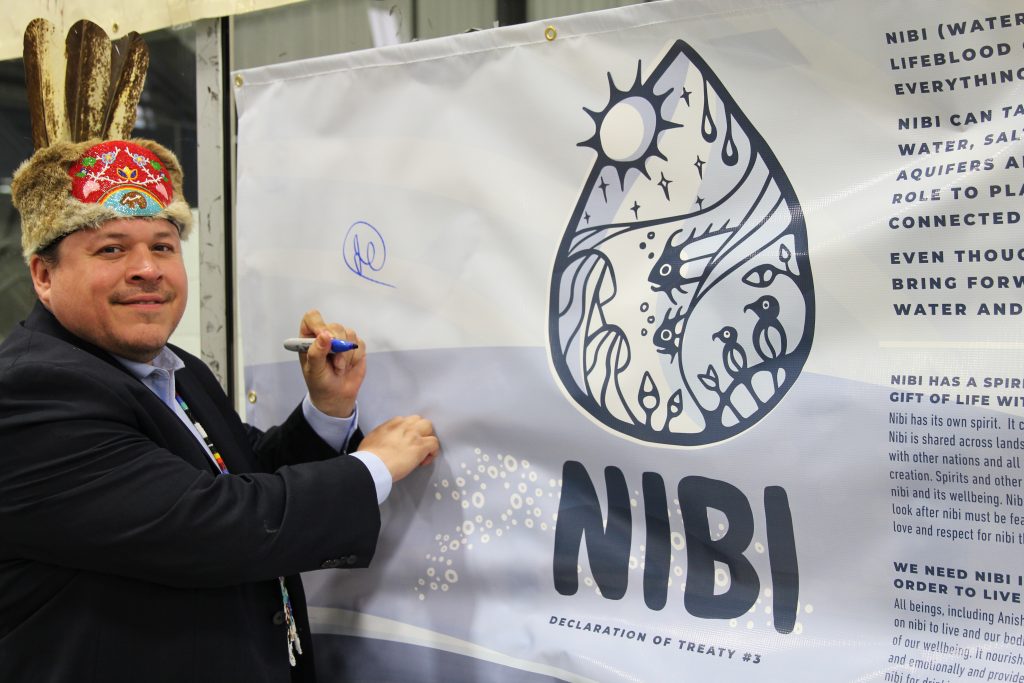