Kenora, ON — Women from across the Anishinaabe Nation in Treaty#3 gathered at David Kejick School in Iskatewizaagegan#39 First Nation for the Traditional Selection process for the Women’s Council on September 20.

The women were supported by community Elders; Yvonne Pinesse and Basil Greene as well as the community drum.  The morning allowed for the former Council to report on their accomplishments during their four-year term and an opportunity to share the Four Directional Model of Governance and how it would be integrated into the traditional selection process. 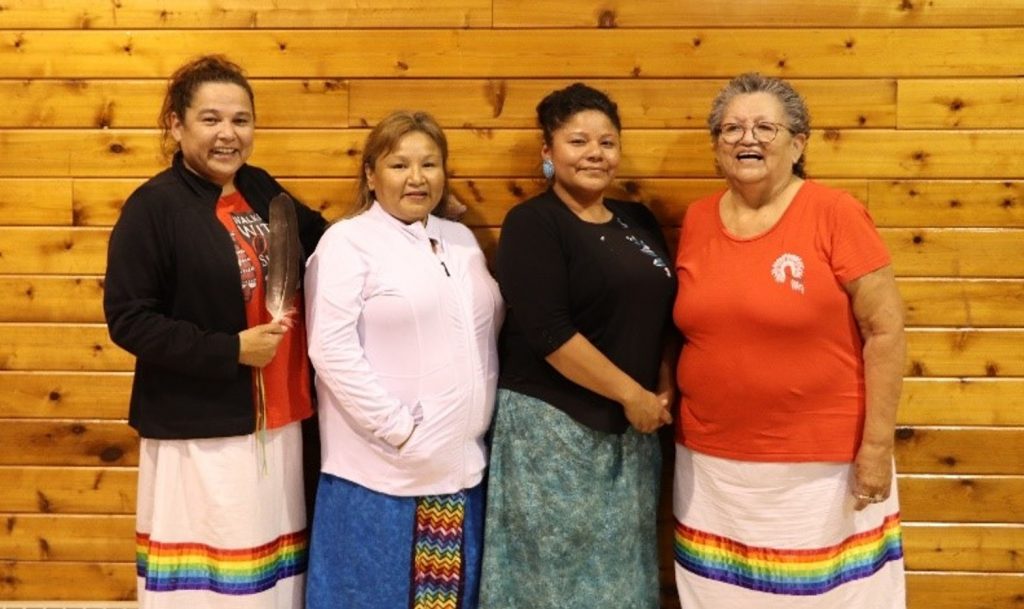 “On behalf of Grand Council Treaty #3 leadership I would like to express our gratitude for all the hard work undertaken by the former Treaty#3 Women’s Council members who were strong advocates for grassroots women across Treaty#3 territory and advocated in the areas of child care, Missing and Murdered Women and Girls and especially in the area of NIBI (water),” said Ogichidaa Francis Kavanaugh, Grand Chief of Treaty #3. “We look forward to working with the new Women’s Council and wish them all the support we can gather for their important work ahead.”