“The First Nations involved have been embroiled in this situation and tied up in litigation over many years so I am pleased that they are moving forward in a good way,” said Ogichidaa Francis Kavanaugh. “I believe by following traditional protocols and ceremony, this situation can and has progressed positively.  This agreement is proof that we need to continue to support the First Nations in their fight to return the unsold territorial lands back to Agency #1 communities and why Canada and Ontario must commit to supporting the process.”

The signing took place at Point Park in Fort Frances April 23, at the location which has been the focal point for the past two decades.

“This is a movement towards reconciling a relationship that for years has been strained,” said Couchiching First Nation Chief Brian Perrault. “This tension was never in the best interest of both our communities and I am thankful that we can move forward in a positive direction.”

The goal of the agreement according June Caul, the mayor of Fort Frances, is to make the town, the First Nations, better places to live, while also fostering economic development and finding common ground on regional issues.

“We are finally looking at making things right,” said Nigigoonsiminikaaning Chief Will Windego. “It’s been going on for far too long and now that we have all the right people sitting at the table, this situation can be settled and benefit everyone.” 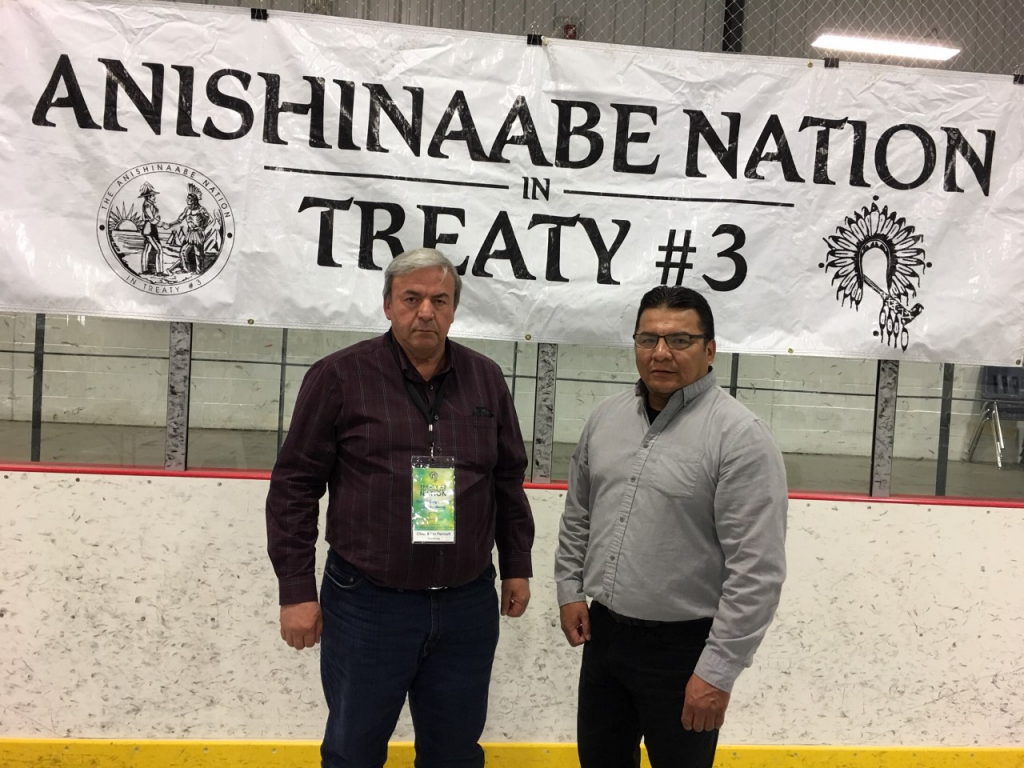